There are a few decades of legacy analog & digital videotapes out there that should be encoded & compressed to create digital files for a new life.

Can be used for:

Metropolitan Entertainment offers these and additional post services for all your Archived formats.

We also convert family videos or Super 8/8mm film to file or DVD. 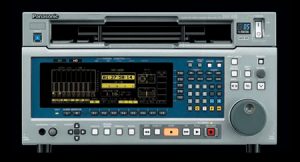 D-5 is a professional digital video format introduced by Panasonic in 1994. It is an uncompressed digital component system (10-bit). 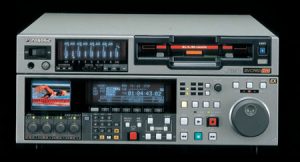 Released in 2003, this VTR supports both progressive and interlaced standards and was developed as a bridge between 720 and 1080 line based production and between high definition (HD) and standard definition (SD) production. Universal DV format playback compatibility – DV, DVCAM, DVCPRO25/50, DVCPRO HD allowed direct playback of 720/24fps VariCam-recorded tapes, converting them to 1080/24p for editing wide range and slow motion playback. 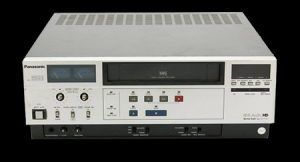 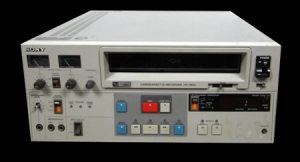 U-matic was introduced to the market in September 1971. It was among the first video formats to contain the videotape inside a cassette, as opposed to the various reel-to-reel formats of that time. Originally intended it to be a format for the consumer market it found more success in the television broadcast industry when a number of local TV stations and national TV networks used the format to usher in the era of ENG, or Electronic News Gathering, which made 16mm film cameras for on-location television news gathering obsolete. Film required developing which took time, compared to the instantly available playback of videotape, making faster breaking news possible.

In the early 1980s the high-band or BVU (Broadcast Video U-Matic) format was introduced, and the ‘original’ U-matic format became known as low-band. High-band format had an improved color recording system and lower noise levels. With BVU 800 series, Sony improved the recording system and gave it the ‘SP’ suffix which had a horizontal resolution of 330 lines. The BVU 900 series was the last U-matic VTR made.

U-matic tapes were also used for easy transport of filmed scenes for dailies in the days before VHS, DVD, and portable hard drives.

U-matic was also used for the storage of digital audio data. 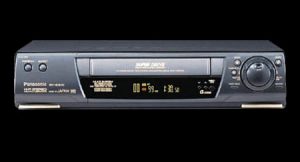 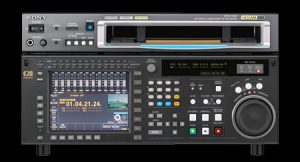 HDCAM SR (as in “Superior Resolution”) was introduced 6 years after HDCAM and was available to the market in 2003. SR records with a choice of 440 or 880 Mbps, which is over three times as much data as HDCAM. HDCAM SR was used commonly for HDTV television production. As of 2007, many prime-time network television shows use HDCAM SR as a master recording medium.

The format prominently features 12 individual audio tracks and has a built-in Dolby E decoder (i.e. feed it Dolby E as an audio pair, and see the result as decoded single channels if you choose).

The 12 channels of audio recorded uncompressed at 24 bit 48 kHz sampling. Each channel is capable of recording AES3 non-audio data. SR’s main advantage is the ability to record the full HD signal, Square 1920×1080 pixels in full 4:2:2, 4:4:4 or even 8:8:8 (it depends on what you feed it; 8:8:8 recording at 880Mbps is achieved by twice the tape speed). Instead of DCT, SR used the more efficient MPEG4/H264 compression for video (audio is uncompressed). 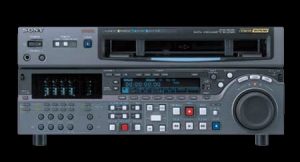 Digital Betacam (commonly referred to as DigiBeta, D-Beta, DBC or simply Digi) was launched in 1993. It replaced both Betacam and Betacam SP while superior in performance to DVCam and DVCPro.

The Digital Betacam format records 2.34-to-1 DCT-compressed digital component video signal at 10-bit YUV 4:2:2 sampling in NTSC (720×486) or PAL (720×576) resolutions at a bitrate of 90 Mbit/s plus four channels of uncompressed 48 kHz / 20 bit PCM-encoded digital audio. A fifth analog audio track is available for cueing, and a linear timecode track is also used on the tape. It was a popular digital video cassette format for broadcast television use.

Digital Betcam equipment is backwards-compatible with Betacam and Betacam SP.